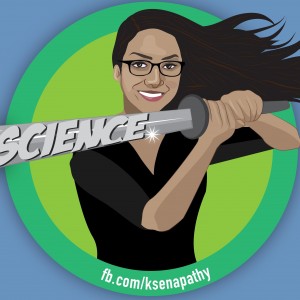 Kavin Senapathy is the subject on the first Chow Babe Army blog post. Why? Because she’s really been treated horribly the past couple weeks by the organic movement. I’m sure some of that is because I asked her to be the Chow Babe Spokesperson. I love what I do, but, I do not science; I do not do interviews. I’m happiest when I’m making memes and making people laugh. However, I began to get so many interview requests that they became hard to ignore. Kavin does science and Kavin does interviews. She really was the only choice and I was thrilled she agreed. She is a tireless defender of common sense, rational thought, and the scientific method, and I’m thankful to know her – in the virtual sense. As a poster on Chow Babe, she quickly became one of my favorites and I would get excited when she had a blog post to share. I couldn’t post her material fast enough. The only introduction her material needed was her name – Kavin.

But most importantly, the first post is dedicated to Kavin because just being associated with someone so forthright and honest keeps me on my toes. She’s a class act and deserves better than the rude treatment from the Organic Mafia she’s been getting this week.